Teaching for mastery at secondary: is it compatible with putting students in sets?

A visit to two lessons at Tomlinscote School in Frimley, Surrey 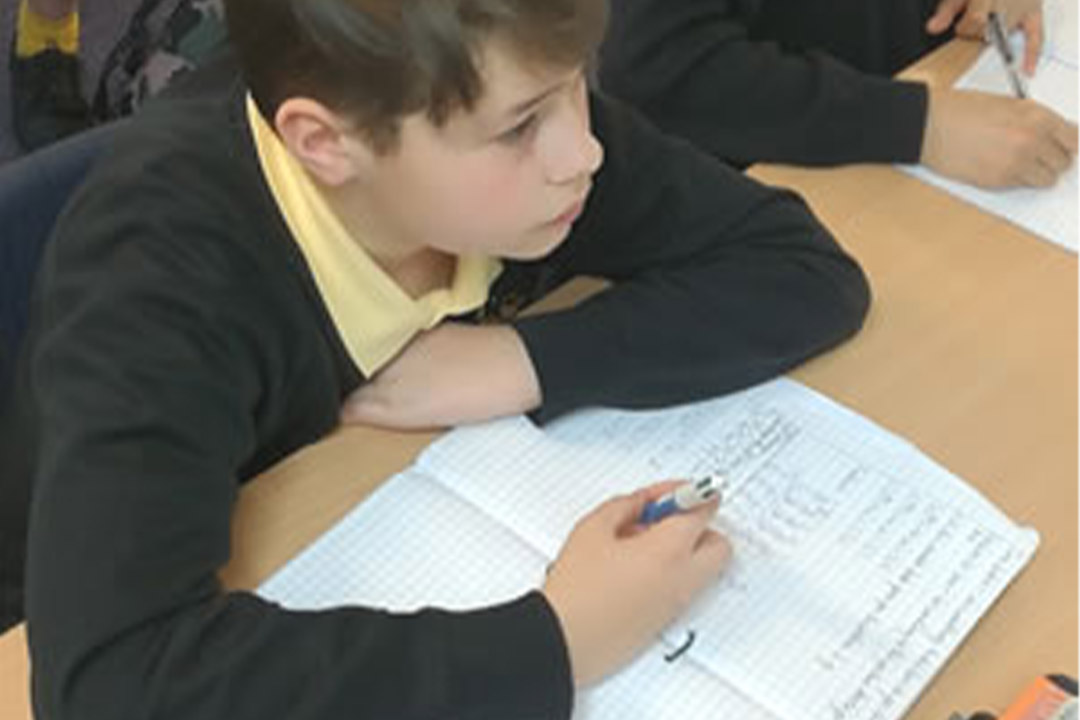 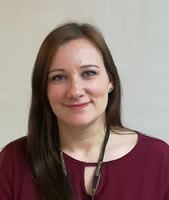 Two Year 7 maths lessons, on the same day, in the same school – one with Set 1 of 6, the other with Set 3. What would you expect to see in your school? What would be the similarities? The differences?

When, in spring 2018, we visited two such lessons at Tomlinscote School in Frimley, Surrey, we noticed how similar they were. All were learning about finding the nth term of a linear sequence, all were accessing the same starting point, all tackled the same questions, and all had access to the same prompts for thinking and exploring at greater depth.

What was most striking was the participation – both classes were expected to follow and contribute to the learning as a class, sharing their insights and explaining the mathematics to one another.

In Teresa’s school, after a year of learning about the principles of teaching for mastery, they settled on two main changes:

So what does this look like in the classroom?

Most notably, the lesson feels like a class working collaboratively to understand together and to help one another understand. Teresa checks regularly, with a show of one to five fingers, how well students feel they understand. And when they get it, students are encouraged to verbalise their understanding regularly. Teresa asks searching questions that get at the structure of linear sequences, using – and expecting students to use –precise language and terminology such as ‘arithmetic sequence’, ‘geometric sequence’, ‘ascending’, ‘descending’, ‘nth term’, and ‘position’.

At one point she asks a boy for an explanation of how he got his answer. He says:

A little while later she comes back to him and asks again, and he is able to explain what he has done.

“You see, you can explain it,” she encourages.

“I know,” he says, “because I heard what they said.” There is a strong recognition in the class that this is a valid way to learn from one another, rather than cheating or copying. 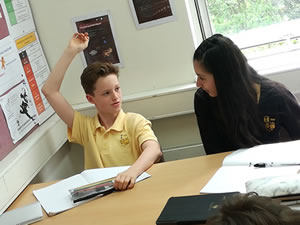 Teaching for mastery embraces much of what has long been widely considered good classroom practice.

So, what looks different from good teaching in any other context…?

The students complete less written work than might be expected in other schools – the lesson is based around an exercise that involves finding the nth term for only eight sequences:

(Students in all sets work on these sequences, with those in lower sets provided with additional time and scaffolding to get to the nth term. Previously, those in higher sets would have covered sequences including the nth term in a single lesson in Year 7, a pace that allows little time to embed knowledge. Those in lower sets would have covered ‘number patterns’ with no expectation of encountering the concept of generalisation).

“We now undertake ‘intelligent practice’ in class through our use of Variation Theory, rather than long lists of very similar questions that the students used to do almost on auto-pilot without deepening their understanding of the concept at all.”

The learning largely takes place in the discussion around the exercise. What is different about the nth terms? What is the same? How do they relate to other features we can spot in the sequences? 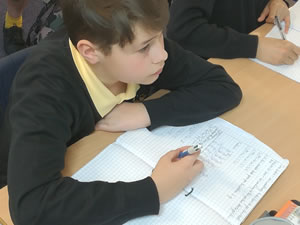 To cater for students moving at different paces, Teresa sets a ‘challenge question’ alongside the exercise:

“What is the 0th term for each sequence? What do you notice?”

There is a palpable sense of excitement as students around the room make the connection between the 0th term and the constant term in the nth term. And then Teresa pushes further with:

“Can you explain why?”

We're intrigued to know what the students make of this kind of interactive lesson style. One girl tells us:

“I like maths this year more than at primary school. We work more as a team rather than individuals.”

“At primary school, the lessons usually involved a couple of minutes of explanations, then lots of questions.”

“We are seeing some really positive results in Year 7, not only in their attainment and depth of understanding, but in their enjoyment of maths. A student survey we ran earlier in the year showed an enthusiasm for maths that we hadn’t seen before. Our students also seem much more confident in their maths – they can articulate their understanding, and are willing to share ideas in class and make mistakes because they want to understand. Even for the lower prior-attaining students, we make sure that every lesson starts with a review of the prior learning and pre-requisite knowledge so that the learning is accessible to all from the very start of the lesson, and then this foundation is built upon in small steps throughout each lesson ensuring that students are not left behind early on.”

Is there any discernible difference between teaching the top set and the third? Teresa says:

"It has been really eye-opening to me to have two classes with different prior attainment and on different ‘flight paths’, but to be teaching them the same material. Students of all attainment levels can understand the same concepts, provided the starting point is accessible and they can progress in small-enough steps to keep up. I find students in both classes display a willingness to have a go, to explore ideas through discussion, and a confidence and enjoyment in their own learning.

"However, in this lesson the top set group were quicker to articulate their thinking, and made the connection with the algebra much more quickly. It was interesting to see many in the top set used substitution of zero into the nth term to find the 0th term, whereas in Set 3 they subtracted from the first term, and only made the connection to the nth term afterwards through questioning. I was able to slot in another more challenging problem at the end with the top set, because of their speed.

"Also, I think the higher prior attaining students are also much more likely to remember their learning, and as you descend the sets then retention of learning becomes much more of an issue. I think the issues around retention and making connections explain a lot about differences in attainment: you can have two students who both understand a concept really well, but one of them gets great marks in an exam due to good retention, and the other doesn’t."