Ms Lynn, part of the the England–China exchange, leads a Year 2 lesson at Tubbenden Primary School 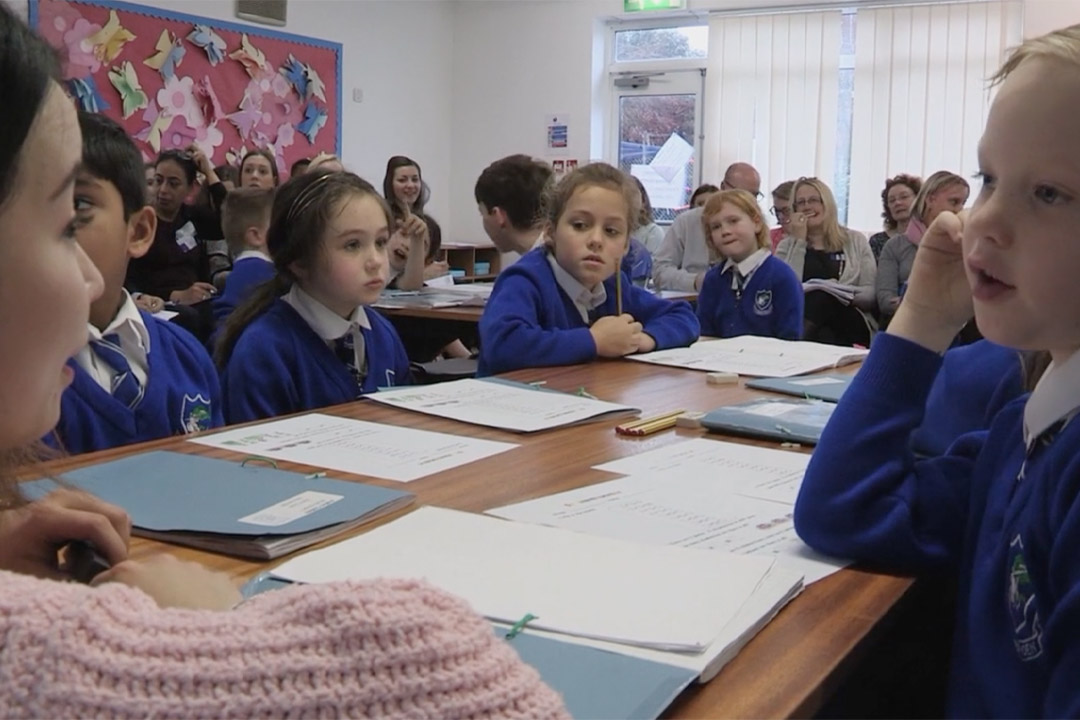 The lesson and post-lesson discussion in the video below was filmed during the 2017/18 England–China exchange as part of the Maths Hubs Programme. Ms Lynn spent a fortnight at Tubbenden Primary School in the London borough of Bromley.

The video shows an example of ‘showcase’ lessons, organised twice in every exchange school, and sometimes staged in school halls so that large numbers of teachers from nearby schools can watch.

The focus of this Year 2 lesson is on the five times table. The lesson begins with a consideration of where we see groups of five ‘in our daily lives’ and five fingers on one hand are then used as a focus for unitising groups of five.

Throughout the lesson the teacher seeks to draw children’s attention to the mathematical patterns and relationships within the five times table, and to develop fluency in recalling the facts.

Multiplication by five with Ms Lynn – reflections on the lesson