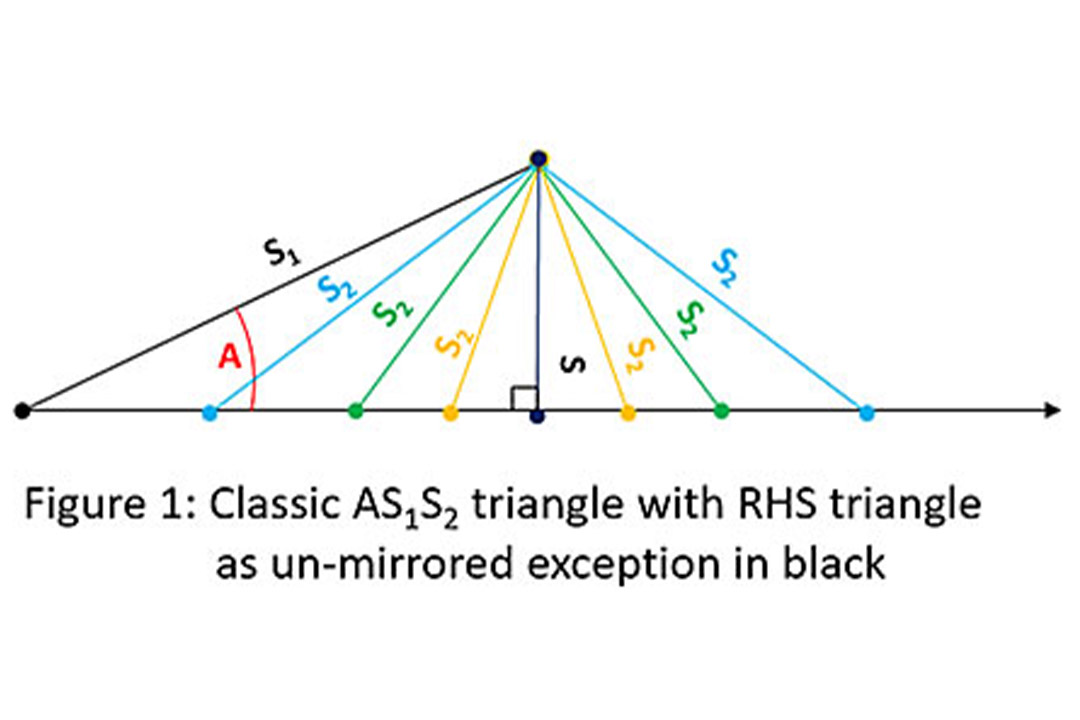 Ben Waine teaches at The Buckingham School in Buckingham, where he is Assistant Curriculum Leader. In 2018/19 he is leading a professional development Work Group for the Enigma Maths Hub, ‘Challenging Topics at GCSE’.

There I was, explaining how no one wants to look like an ‘ASS’ by claiming ASS (Angle, Side, Side) / SSA triangles are congruent (bar the one, Right-angle/Hypotenuse/Side (RHS) exception we’d learned). We’d all had a giggle about the anatomical homonym; we’d identified an ass as being a donkey not a horse. This was about Angle/Side/Side triangles, however…

…when a small, quiet Year 8 (who I’ve recently been attempting to encourage) put his hand up.

‘This is positive…’ (I’m thinking) ‘it was worth putting correct words into his mouth then awarding him with a house point for using them a few days ago.’

But, was it positive? Thus far, I’d been intentionally emphasising the symmetry, demonstrating that the same ASS information could generate two very different triangles (notwithstanding the RHS exception*) and so, generally, one could not rely on ASS data to generate a unique triangle.

A classic ASS triangle (Figure 1) had been lovingly drawn up, freehand, on the board (using colour whiteboard markers no less!) Where was this boy coming from?

‘But there’s another exception, sir.’

Hold on… another exception? not that gets a mention in any of the GCSE textbooks or guides I’ve read or watched in the past ten-plus years.

What was he going to say?

‘Yes, sir. What if the two sides are the same length and the angle is 60 degrees.’.

‘Poff!’ Fog bomb goes off in my brain. Or rather my brain starts modelling and checking the unfamiliar situation as I simultaneously attempt to follow Eric’s instructions to draw a diagram up on the board while managing the class.

And it looked good.

When the angle was sixty degrees and the two sides were equal in length, the only valid mirror-image of the second side disappeared (was subsumed into the first side). So there was only one valid triangle: an equilateral one!

Bingo! Congruence! But was it guaranteed? We checked. We thought.

‘Well done, Eric! My head went a little foggy for a while there; but it looks like you are correct. I’ve not seen that example in ten or more years’ teaching: not in a textbook; not from a pupil; not on an online system; not on a tutoring video. So, I’m still cautious; but the geometry suggests we’ve all been missing something!’

‘I think everyone will agree that has to be worth two house points!’

Everyone did. They loved it.

And so, we left it there and they returned to the investigation: hunting congruent triangles. Our conclusion?

There appeared to be other circumstances (aside from RHS) where ASS might provide conditions for congruence. Were there others, in addition to the one Eric found? This was a question for future problem-solving sessions*.

In fact, there are further circumstances where ASS provides conditions for congruence. It can be interesting to explore what these are, with students.

Specifying an angle and two sides in the order ASS is not a sufficient condition for congruency, as there will not be a unique example (see Figure 1 above). However, congruency is assured by adding one of the following conditions to ASS:

Therefore, generally: ASS provides sufficient conditions for congruency only when
S1≤S2 or A=90°. 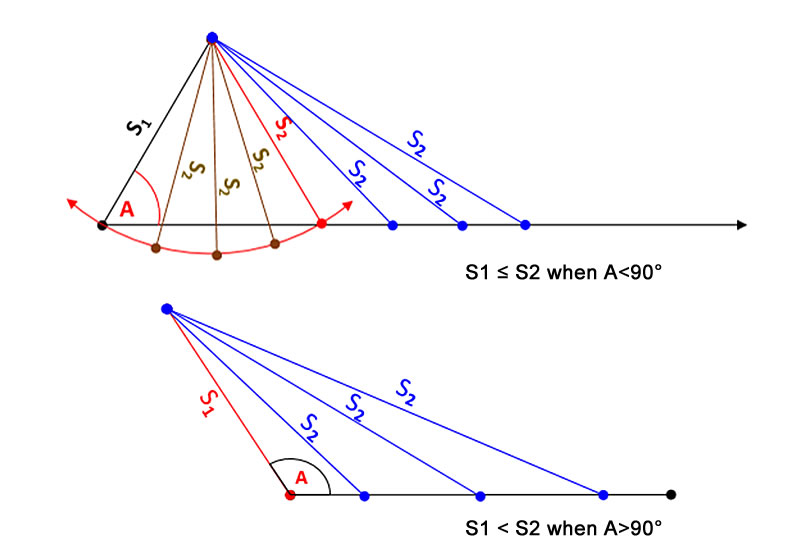 The specific conditions in which ASS does generate congruency are, as Ben points out, usually ignored by Key Stage 3 and 4 maths textbooks. However, this could potentially be explored through reasoning and problem-solving aspects of GCSE questions.

What other conceptual depths are overlooked when we focus on set content? How can these be explored through reasoning and problem-solving?

Or maybe there was a similar moment in your lesson, where a student opened a door that you had not previously been through? We’d love to hear your stories.