How maths textbooks are making a comeback 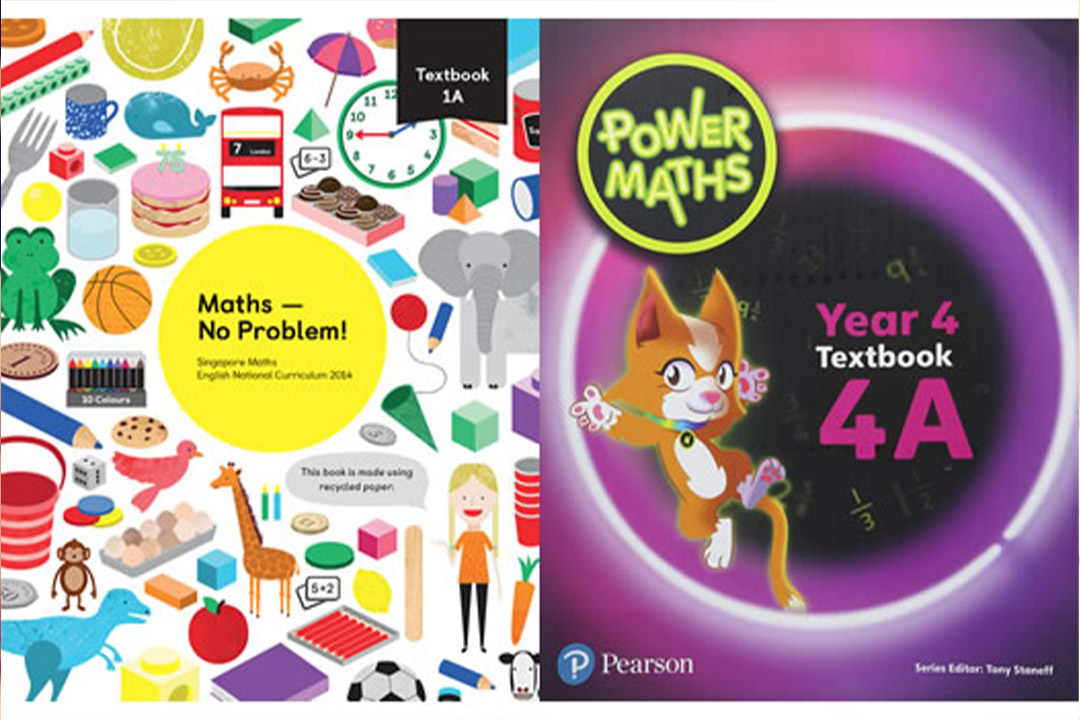 Textbooks in primary schools have been a rare sight in recent decades. But they seem to be partially on the comeback, at least in maths teaching. And the trend has been helped by the availability, to schools on the Maths Hubs Teaching for Mastery Programme, of subsidies to support the buying of new textbooks, workbooks and teacher guides. But, to claim the subsidy—the Department for Education (DfE) match-funds up to £2,000 of a school’s own spending—schools must spend their money on one of the two textbooks approved as high quality by the DfE, Maths - No Problem! and Power Maths (KS1 and KS2.

In the middle of the 2019/20 school year, we visited two schools using the approved textbooks as part of their overall approach to teaching maths. At the end of both articles below, you can also read how the schools used the textbooks during the coronavirus lockdown period. 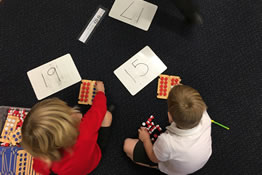 Woolacombe is a one-form entry school with a nursery, whose pupils come from across the north of Devon, as well as from the small town of Woolacombe itself. The school started using Power Mathsat the beginning of 2018/19.

The school did not buy a class set of textbooks for each class. This was partly because of cost, but also because the emphasis behind the move was to support teacher professional development and lesson planning. So, for each of Years 1 to 6, there is just one textbook (in reality, three separate books: one for each term), just one practice book (also three separate books) and a Teacher Guide. The initial outlay was about £900.

So far, the book and the scheme behind it, is being followed ‘pretty rigidly’ in Years 1 and 2, with the other classes adopting it more gradually. As each year passes, and pupils accustomed to the book and its methods move up the school, additional year groups will follow the scheme more closely.

The school took the step to invest in Power Maths despite getting 100% ‘expected standard’ in KS2 SATs for the last three years.

‘You can’t run a school on quick fixes in Year 6,’ says headteacher, Gail Holmes. ‘We knew our small steps progression wasn’t solid enough across the school, so we needed something for that.’

‘However I know that this is a long term project and not a quick fix. It’s about investing more time, so that the approach can move with the children as they move through the school.’

How they are used

The Teacher Guide is at the centre of all lesson planning, but teachers also draw on material in the textbook and practice book in designing lessons. Visualisers are often used to display representations and questions from the books.

‘It’s brilliantly comprehensive. The more you use it, the better you understand the thinking behind it.’

‘We know how much everything has been put through the ringer, scrutinised and thought about, particularly the design of the questions, representations and the accompanying activities.’

Year 1 teacher, Sam Abell, who’s part of the school’s three-person ‘maths team’ and in his fourth year at the school, also cites the Teacher Guide as his main focus, singling out the misconceptions attached to each lesson and particularly helpful. ‘The Teacher Guide provides the biggest support in terms of sequencing and helps me look ahead to the end of a week or a unit.’

The main impact so far has been mainly within Years 1 and 2, and the improved transition this year (2019/20) into Year 2,’ says Gail. ‘Our Year 2 teacher is not seeing the gaps in knowledge in children coming up from Year 1 that were there in previous years. This is a dramatic difference from the previous year. There is also consistent use of correct language by children, and in the images they are used to. That means the teacher has been able to roll with the textbook right from the start of this year.’

‘But it’ll take time to see the same improvement through the school. We are calling this a ten-year project.’

Rather than use the Power Maths books to progress new learning, one of the priorities of the school during the lockdown period has been to ensure pupils retain exposure to and familiarity with the mathematical representations used in the books..

‘We have taken the structures and representations that the books use and utilised these in various games and activities sent home during lockdown. We want to continue to build familiarity with these structures,’ says Dan Polak 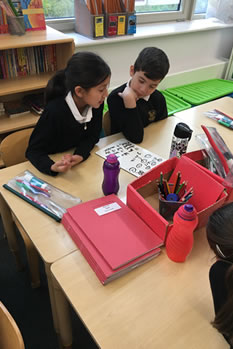 Byron Court is a big school, with more than 750 pupils, in year groups of between three- and five-form entry. The school decided to invest in Maths - No Problem!books, after the current Assistant Head for Curriculum and Assessment, Jack Corson, joined the school. His previous school, in east London, had participated in the Maths Hubs textbook trial in 2015/16.

‘We first trialled it in Y1 (four forms) for all of the spring and summer terms,’ says Jack. ‘That was very positive in terms of children’s learning and teachers’ experience, so we thought it was worth scaling up.’

‘We now have at least a half-class set of textbooks for every class in the school. In addition, every child has their own personal workbook, and we subscribe to the online teacher guides.’

‘The initial investment was around £25,000, and the annual ongoing expense, to replace the workbooks is about half that.’

[NB: The size of this school’s spending reflects the very large size of the school. Equivalent book-per-pupil outlay in smaller schools would be much smaller.]

How they are used

In a typical lesson following that structure, pupils will first explore some maths from the textbook, projected on the board, then discuss it in detail with the teacher and with each other, and move on to recording (journalling) in their own exercise books. Only then will the textbooks come out, for what is called guided practice (working through questions and drawing out key points from the textbook). This is followed by independent practice: each pupil completing questions in their own workbook.

‘I think the key thing is subject knowledge and children building on their knowledge from one year to the next,’ says Jack. ‘Otherwise we would have teachers who have had little subject-specific training trying to design lessons, which is very time-consuming, and the lessons would vary according to their expertise in maths.’

‘A key benefit,’ says Jack, ‘is that every single teacher, rather than spending time making something from scratch, can use this really high quality resource, where all the material comes from a curriculum in Singapore which has been developed over four decades, and which has been designed intelligently.’

‘That means that our staff can spend the time that they would otherwise spend planning, looking at the materials and thinking about how they can deliver this really well.’

‘The broad structure of lessons is consistent throughout the school. But we don’t want teachers sticking too rigidly to it. It might vary slightly. Each teacher will judge, based on what the children can do and what they are struggling with, how long each section lasts.’

Minesh Randeria, Head of Maths, has noticed an improvement in teacher subject knowledge.

‘The book also encourages children to use different methods and to realise that making mistakes can be a means to learn something.’

Minesh says another benefit flows from the fact that teachers are all delivering the same material.

‘This means the teachers in each year group can have informal conversations, knowing they are talking about the same thing.’

The Maths—No Problem! textbooks have been used by teachers in planning work sent home, and some Year 6 pupils took books home themselves. Continuing to draw on the textbooks in all maths work during the lockdown period has also meant that, once pupils start coming back to school, teachers have a better idea of what has, and hasn’t, been covered.

‘The textbooks have been extremely useful with regards to teaching through online platforms. Most year groups used them in a similar way, posting pictures of ‘in focus’ tasks and guided practice questions alongside prompting questions written by the teachers.  These were then completed by the children, and staff could see if there were common misconceptions which required addressing, just as they would have if the children were in class.’

For information on either of the DfE-approved textbooks, follow these links.