Gabriel Flores, teaching in Bangkok, found out how numbers and fractions are expressed in Thai, and used this to understand how his EAL pupils grasp mathematical structure 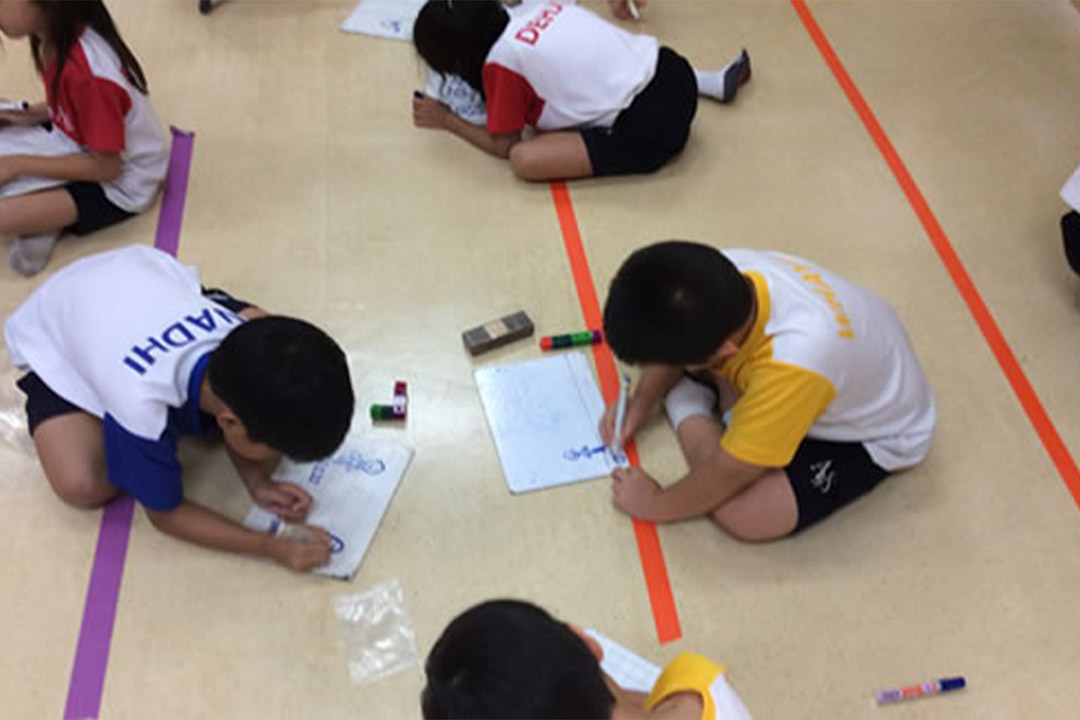 As a Year 2 teacher in a Thai–UK curriculum school in Bangkok, most of my pupils are EAL (English as an Additional Language) learners. However, unlike those I taught in London, my Thai pupils find mathematics to be fun and seem to struggle less with understanding mathematical concepts.

One clue to their conceptual understanding can be found in the unique differences between the Thai and English languages. 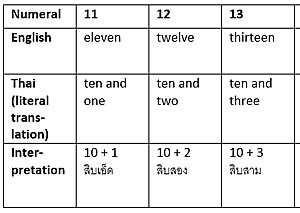 As we can see, Thai pupils make use of place value in order to construct numbers linguistically. Rather than saying ‘fourteen’ or ‘thirty’, they say ‘ten and four’ (10 + 4) or ‘three tens’ (3 × 10). By using place value they can see how numbers are combined to make larger numbers, and even how multiplication functions as repeated addition. For example, 40 is spoken as ‘four-tens’ or ‘4×10’.

This relationship between language and place value can be further reinforced by making use of manipulatives and pictorial representations in order to understand number sentences. 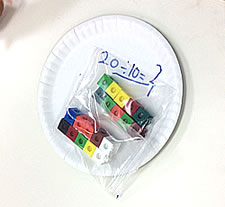 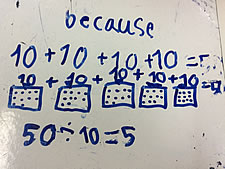 What about fractions? Does language play a role? Yes!

There is a consistent structure and pattern to how the Thai language constructs fractions. This reinforces the part–whole relationship (Saed) and the relationship between the numerator and denominator, as one in which the whole is ‘divided’ or partitioned (Suan). The Thai language has only one name for each fraction.

Compare this to the English language, which has multiple ways of describing the same fraction.

The relationship between numerator and denominator and how this relationship is inextricably linked with whole-part relationship can be visualised or experienced using manipulatives (e.g. Dienes blocks) or pictorial representations. By using manipulatives, white boards for pictures and reinforcing ‘part’, ‘piece’, ‘fraction’ and ‘whole’ when referring to fractions, I enabled a clear connection between Thai (first language) and English (second language). This certainly was a powerful scaffold that allowed my Year 2 pupils to compare and order fractions. 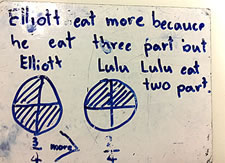 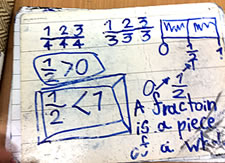 Jerome Bruner believed that knowledge is socially constructed and Lev Vygotsky hypothesised that language plays a crucial role in that social construction. After teaching Thai EAL pupils for two years, I have seen how language plays an important role in how we perceive mathematical relationships.

The English language has unique features that sometimes make it difficult for EAL learners to understand these relationships.

In other words, what is thirteen? Forty? A Quarter?
The answer: ‘Ten and three’, ‘four tens’ and ‘one part of whole, one divide four’.

If, as teachers, we understand how our students construct knowledge in their native tongue then this can help us differentiate, personalise and scaffold learning whilst ensuring second language acquisition.

Gabriel Flores teaches in Amnuay Silpa School, a UK–Thai curriculum school in Bangkok. Before moving to Bangkok in 2017, he taught at Heronsgate Primary School in London. Gabriel would like to thank his colleague, Ajarn Warunee Poonsawad, for her help explaining Thai mathematical terminology and pedagogical practices. This informed his understanding of how their Thai EAL children understand maths.

The theme of linking language to the structure of mathematics is drawn on in the NCETM primary professional development materials. In Year 1* children are encouraged to ‘dual count’ when learning to count in tens (‘no tens, one ten, two tens...’ as well as ‘zero, ten, twenty…’), and when learning the ‘teen’ numbers (‘one ten one, one ten two, one ten three…’ as well as ‘eleven, twelve, thirteen…’). Teachers are encouraged to be explicit about when number names suggest the structure (e.g. 'eighty, eighteen') and where they are more opaque (e.g. 'twenty, eleven').